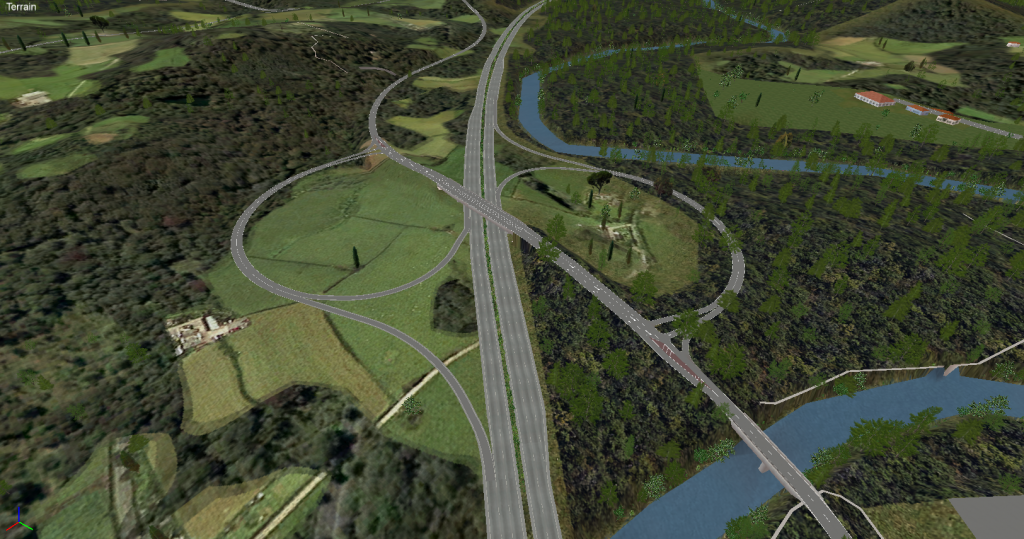 With our last update Trian3DBuilder is now faster than ever before and comes with new features for OpenDrive generation and VBS Databases!

Performance Improvement
The read/write management has been optimized to reduce the access to the hard disc and the memory workload during the mesh generation. The use of multi-threading is optimized as well and saves up to one third of the previous generation time for large databases.

Furthermore, Trian3DBuilder now supports OSG DrawElements in OpenSceneGraph 3.4 and higher, instead of Indices Array which are not longer supported in newer OSG and OpenGL Versions. The changeover also reduces memory usage, resulting in the fastest terrain generation.

Handling of Imagery
There is a small but helpful new function to manage the imagery that is not yet ready for generation. The procedure goes as follows: Select as many colors as you like and turn them into transparency. This way colors which are often at the edges or in the background but are actually not part of the real image won’t be used for generation. 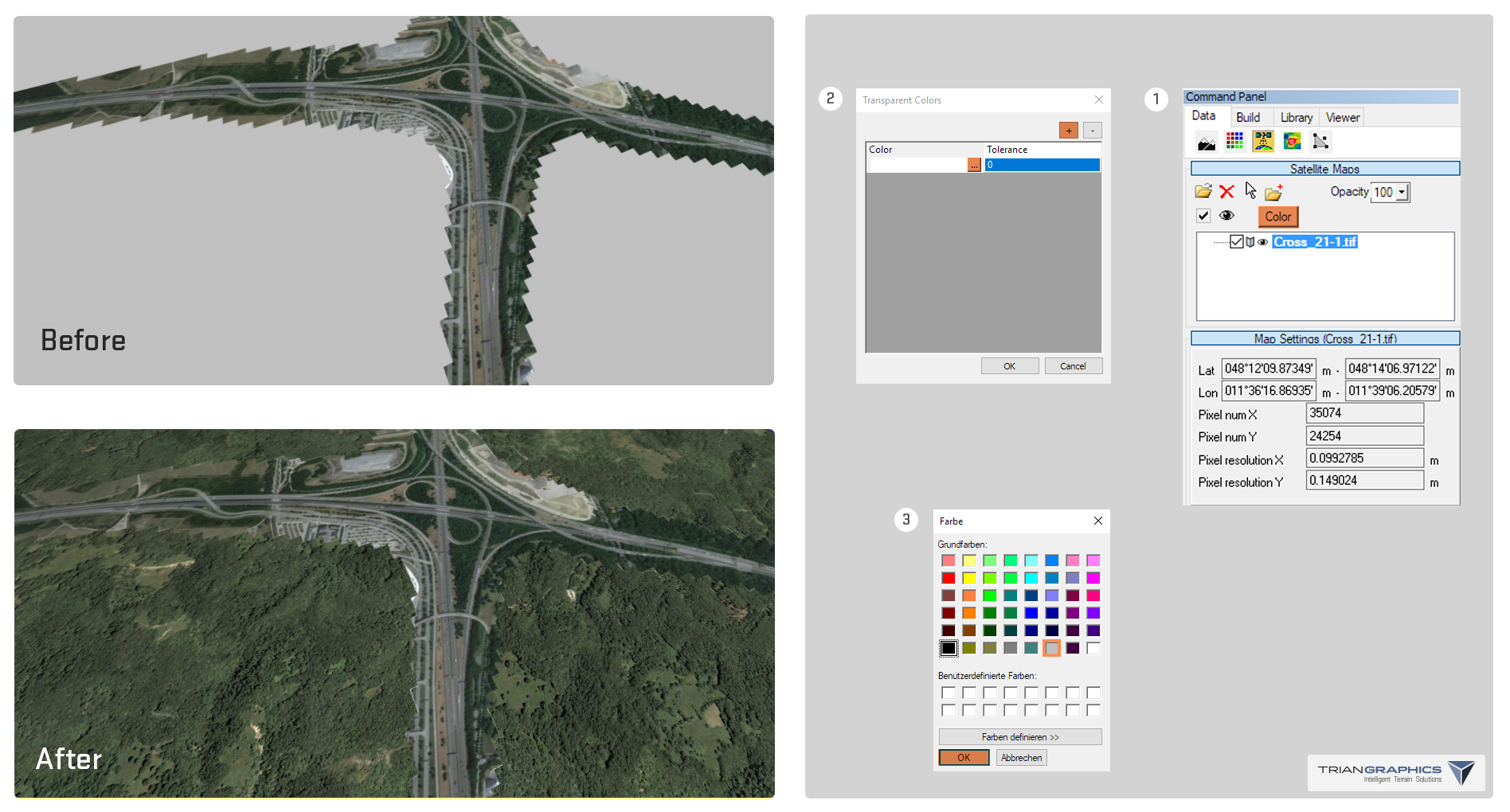 Service & Support customers can download the update easily within Trian3DBuilder via [Help] -> [Search for Updates].

If the update function does not work because of e.g. local security settings, please send an eMail to our support team to receive a direct download Link: support@triangraphics.de